I’ve been asked to show some of the app I’ve been working on. 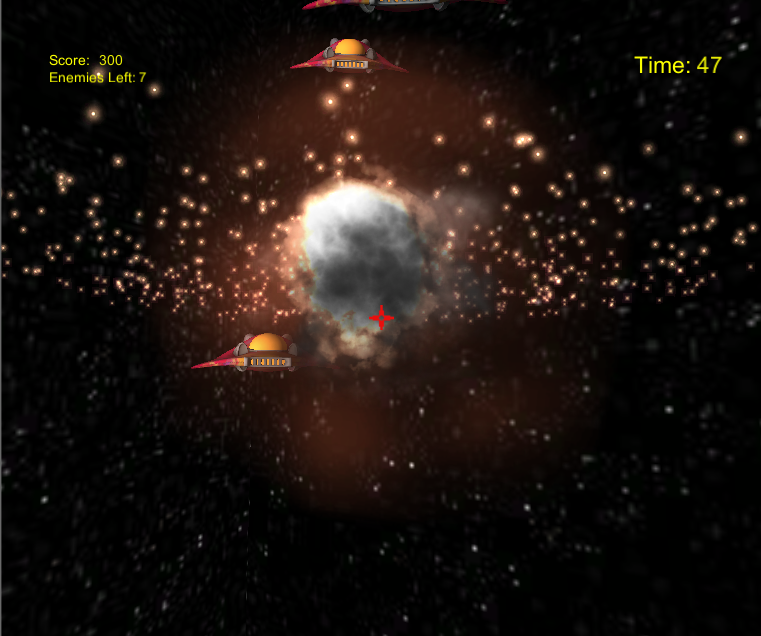 Instead, I have a video of a game I originally wrote in XNA back in 2007 when I wrote the book XNA Unleashed. I actually updated that version in 2009 with XNA Game Studio 3.0 and then just updated the code again a last month to use MonoGame.

What I’m demoing here though was actually written using Unity. Last year, I did some free webinars on game development. One of the webinars I did was showing How to create a Unity 3D Game in 90 minutes. People seemed to have like the webinar. If you are interested, you can watch a replay over at devgame101.com.

The game is called Tunnel Vision and it is a simple first person perspective game where you are defending your tunnel from invaders. The invaders don’t shoot, they just come straight for you.

I’ve taken the version of Tunnel Vision and made a couple of modifications to get it to run on the HoloLens. I tried it both with the poor excuse for a skybox I had as well as with a completely black background (which becomes transparent to the HoloLens). While the voice command works well, it takes it too long to understand and execute the appropriate code. Still, I’m happy with progress so far. I didn’t have to spend much time to get it into this state. As I continue to play around with different demos and try different things out, I’ll create some information about best practices and/or tips when developing for the HoloLens. The HoloLens is a mobile device and it needs to be treated like one.

I’m not at all happy with how my HoloTours-like demo is working. It is only getting about 5 fps instead of 60 fps like it should be. I’m going to try a few things but hopefully I’ll be able to show that before too long…

I’ve gotten a request to show some Young Conker. If you have a request of something you want to see leave me a comment and let me know.

Watch the video below: