It had been four years since I bought the Dell M1730 laptop.  At the time I was looking for a portable server.  I wanted a machine that I could do video editing and game development on as well as my core web and silverlight development.  I wanted to be just as efficient “on the road” as I was at my desk.  I’ve always enjoyed full keyboards and fumbled with the smaller laptop keyboards.  So I was happy with my 4GB machine with dual NVIDIA GeForce 8700GT (258MB) SLI.  It served my purposes well. 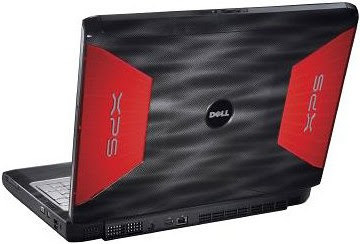 However, I reformatted the thing about 4 times in the last 4 years.  I tried the original 32bit OS (Vista at the time) and the 64bit and went back to 32bit.  Then I tried 64bit Win7 and backed back down to 32bit Win7.  Besides trying to determine if my machine performed better as a 32bit machine or a 64bit machine I am constantly installing beta software.  Stuff gets left behind and this adds to my need for needing to pave the machine.  Using VMs would have helped here but my machine was already struggling on the main OS with everything I was throwing at it much less if I started allocating RAM to VMs I was running.  Plus with Windows Phone 7 development the emulator runs in its own VM and I couldn’t run the emulator inside of another VM.

I typically run with 30 or so Outlook email windows opened along with tons of web browser windows opened.  I’ll be on twitter and see some link and I’ll click on it so it goes into my “queue” of things to look at later.  My outlook email windows are my “todo” queue for the most part.  Then I’ll have multiple Visual Studio instances going for the different projects I’m working on.  My machine was constantly running at 85% or higher RAM usage.   This, of course, causes a lot of paging in the system and thrashes the hard drive.

Besides the memory cap, the biggest issue I had with the machine was the weight of the thing.  I didn’t travel that much 4 years ago.  (And still don’t travel a lot compared to a lot of folks.)  But when I did travel I had to take that 12lbs machine along with the 6lbs power cord and carrying that around a city or in an airport on a shoulder bag wasn’t very fun.  I finally found a laptop bag that held my 17” screen but I kept breaking the straps from the weight of the thing.

Recently, we were given an iPad. It is a nice toy but I could never be productive on it since I use Outlook and Visual Studio constantly.  Web browsing is nice, but it isn’t enough for my job.  It is a great gaming and entertainment device, but (in my eyes) it is a toy and not something I could use in a business setting.

However, having that little tablet device made me say “This is what I want to do my production work on.  I’m tired of lugging around the ‘20 lbs of equipment’ whenever I need to go somewhere.”  As much as I wanted a tablet device I knew that I wasn’t going to be productive daily if I just used a tablet.

Anyway, it came time for me to pave my M1730 again and instead of doing it I decided I’d take the time to determine what machine(s) I’d buy to be most productive.  So I knew I wanted a lot more RAM so I figured I’d start there.  I started my search on newegg.com.  I have found them to have the best prices overall.  So I started selecting the parts for the machine I was going to build and was surprised to see that 12GB of RAM was only $150.  So I picked up two of those to obtain 24GB of RAM.  I also wanted a great processor so I picked up the Intel i7 990X which has 6 physical cores (12 logical cores) and a EVGA FTW3 Motherboard to support that chip and the RAM.  I bought a 128GB SSD as my primary drive and a 3TB drive for my storage. I also have 2 1GB GTX 560 Ti Graphics Cards with SLI.  I’m happy with the setup. 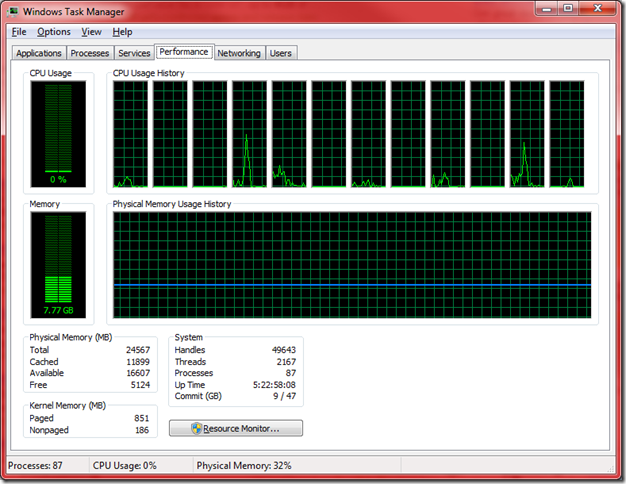 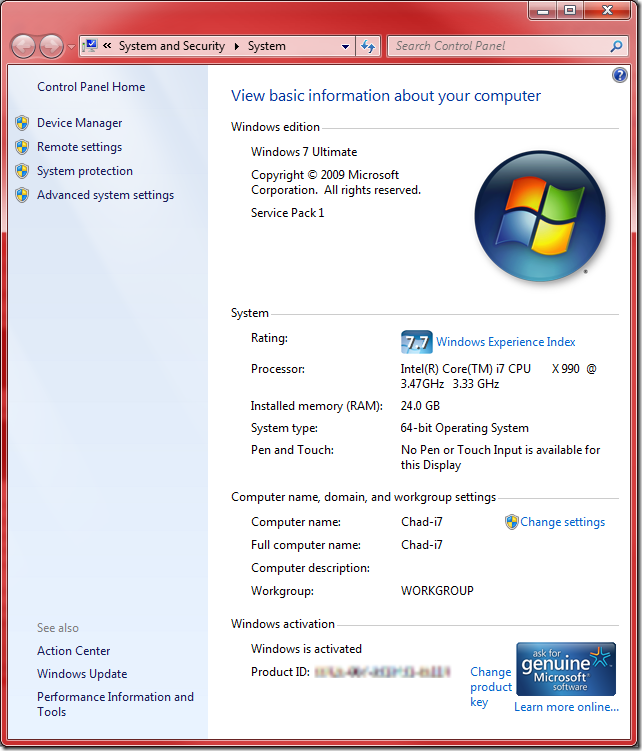 I had to start over with my my server at home because I had everything installing to my 128GB drive. My concern was I would fill it up pretty quick if I had all my temp files and my documents, etc all pointing to that drive. So I found a trick that when you are first installing Windows when it gets to the screen where it asks you to create a user name you can hit SHIFT+F10 to open the command prompt. I then used robocopy to copy the program files, program data, user folders, temp folder to the HDD. I think did a mklink –j to make a permanent link to the HDD. So the system thinks it is going on C:Program Files.. (or whatever) but it is actually going to D:Program Files.  This is leaving my main drive empty enough for my liking.

Even with buying all of this I still had just enough money in the machine buying budget to also get the tablet device I had been looking at – the ASUS EP121. This Windows 7 slate device is the most powerful on the market. It has a 12” screen and comes with a Bluetooth keyboard which is really great. The battery life lasts anywhere from 2 hours to 4 hours depending on what I have running. Most of the time I’m near a outlet or will be within that time frame so that isn’t a big deal to me. It has a 64GB SSD drive and 4GB of RAM. I asked Newegg to notify me when stock became available. I had been looking at this for the last month and no one had it in stock. While I was at CodeStock I got the email from Newegg and placed the order immediately. The site was out of stock again with 20 minutes.

My goal here was to be super productive at my home office where I spend most of my time.  At the same time I wanted to be able to work if I traveled to the office or at a conference or where ever.

The thing that surprised me most about this tablet was the handwriting recognition.  The Wacom Digitizer stylus is awesome.  I wasn’t expecting to use it, but I find myself going to it as much as the software keyboard when I don’t have the Bluetooth keyboard handy.

I knew I would be able to do XNA development on the tablet but I wasn’t expecting the tablet to be able to support the HiDef profile inside of XNA. Most laptops don’t support it as it requires a pretty decent graphics card.  I was able to run all of my demos I did at CodeStock on this thing after the fact.  The only thing I need now is a Mini HDMI to VGA adapter for when I need to hook it up to a projector and I’ll be set. It is crazy that I was able to get both of these machines for the same amount of money I paid for the M1730 four years ago.

In addition to having these great machines, I just received the HTC Trophy Windows Phone 7.  I use Verizon so I had a long wait when it came to getting a Windows Phone 7.  So far, I like it.  I had a Samsung Taylor developer prototype phone and the screen on that seems to be more crisp.  I had used the blue accent on the dark background and the blue is much deeper on the Samsung and almost a baby blue on the HTC.  Not a big deal, just something I noticed.  The other thing I have to figure out is how to get my games on my new phone.  Seeing “try and buy” instead of the familiar Xbox 360 “Download Again” prompt is scaring me from clicking it.  I’d hate to pay $12 for Harvest.  $6 was plenty, thank you.  So I’ll do some research on that later. 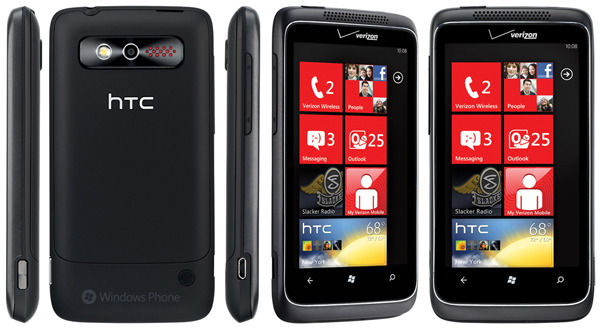 For now, I’m happy that I have my 3 machines ready (for the most part).  My powerhouse machine I’ll use most of the time, my Slate that I’ll use when I want to “chillax” with the family or I’m at a conference or offsite and my phone for all the times in between.  The phone I had before was a Motorola Razr.  This is my first smart phone.  Yeah, I’ve been waiting a while …

So, for me it is like Christmas.  It wasn’t really planned for all of these things to come together at one time, but I’m glad it worked out that way.  Now, I need to determine the best way to keep my documents in sync…